Send us your number and we will call back.

You are here: Home » About us » About Prague

Prague is a city where old meets new and the culture can be seen everywhere. Whether you come here to party or to experience the cultural side of town you will be pleased. Our stag party groups are usually spending most of their time in the city centre, in the area of Wenceslas Square. Only minutes walk away is the most beautiful square in Prague – Old Town Square (Staromestske namesti). In case you would like to take a break from all the party and enjoy some great churches and Old Town Hall with Astronomical Clock which beats every full hour. Every visitor to Prague should see the square as well as the Charles Bridge, which is another 5 min. walk through the streets of Old Town towards the Vltava River. Above the river there is an impressive monument – Prague Castle, the largest castle area in the world. It has over 1 100 years of history, has always been the seat of the Czech rulers, now the seat of our presidents.

Prague is very walk able city, but you might need to use taxi service to take you around for the party. Here we would recommend instead of taking the taxi from the street, which can overcharge (and often does mainly at night unfortunately) to call a reliable taxi service. They speak English as well and will send you taxi in 5 min. In case you want to use the street taxi, you should ask the price in advance. The price within the centre party locations should never be higher than 300 Czk (aprox. 10 EUR) per car.

It is always better to change money in bank, than in the exchange points. You should never change money with someone on the street! In the crowded tourist areas, where the stag groups often appear, there are pickpockets! On the other hand, Prague is generally very safe city, with almost no violent crime.
The price of food and mainly beer in the restaurants is very reasonable.

Prague is one of Europe’s most visited cities both for its party night life and its cultural heritage. With its 1 000 years of history, Gothic cathedrals, fairytale castle, old stone bridge across meandering river it belongs among the most beautiful cities in the world. Number of elegant coffee houses, good traditional restaurants, well known ancient breweries add to friendly atmosphere. For its hospitality, wide range of great activities and very reasonable prices Prague has become a hot place for stag parties. You can enjoy the most fantastic stag weekend in this amazing city.

The historical centre of Prague consists of 5 towns:

Prague Castle is the most popular sight among tourists in Prague and it is often visited by stag parties. It is the largest ancient castle in the world; its area is 7.28 hectares. It was founded by prince Borivoj in 883 as a wooden fortress, but was transformed in the course of centuries into impressive little town. Major reconstruction was undertaken by Maria Theresa in 18th century and since then the Castle keeps its classicist face.
The most important monument in the Castle area is St. Vitus Cathedral, one of the most beautiful Gothic cathedrals in Europe. It was founded in 1344 by Charles IV, but was not finished until 1926. It is the burial place of the Czech rulers and depository of Crown Jewellers.
Another interesting monument in Prague Castle is Old Royal Palace, St. George Basilica and Golden Lane

This lovely little town was founded in 1257 on the slopes below the Prague Castle. As it was not affected by any recent construction it managed to preserve its Baroque look. There is number of peaceful little squares, streets, historical gardens and outdoor restaurants which still wait to be discovered by tourists and stag groups.
The Major Monument of Lesser Town is the Church of St. Nicolas, the most wonderful example of Baroque architecture in Prague.

The history of this town goes down to 10th century. It has many medieval little winding streets, number of gothic and Baroque churches, but the main attraction in Old Town is the Old Town Square with its Old Town Hall and the Astronomical clock. The square and its neighbourhood are often filled with tourists. On weekend you also meet stag groups sitting in outdoor restaurants, tasting beer or admiring the beauty around. 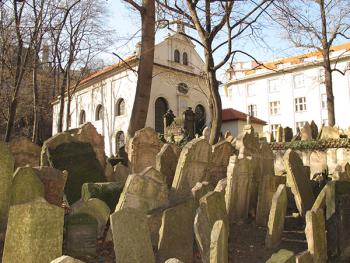 Named after the emperor Josef II, whose reforms in 1781 helped to ease living conditions for the Jews. This part of Prague is often visit by people who want to learn about Jewish history and culture. It has high number of precious monuments as Hitler’s stag party did not touch it in the World War II. His intention was to open here an exotic museum of an extinct race. Thanks to this idea Prague has the oldest preserved Jewish cemetery and the oldest working synagogue in Europe.
The best known personalities who lived in Prague Jewish Quarter are the famous writer Franz Kafka (1883 – 1924) and the creator of mystical homunculus Golem Rabi Löw (+1609). 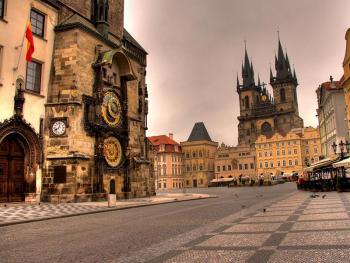 The carefully planned New Town was founded by Charles IV in 1348. It was mainly inhabited by tradesmen and craftsmen. There is the main square of Prague, Wenceslas Square, which is the commercial but also night entertainment centre. It is the most popular part of Prague among the stag parties. In New Town there are some very pleasant shopping boulevards, many good restaurants and couple of historical breweries making famous Czech beer.